Over 70 years of rich heritage. 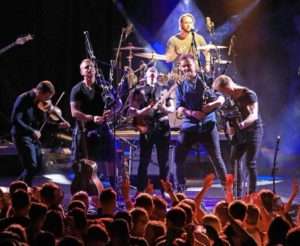 •Take two brothers, Daniel (Accordion) and Martin Gillespie (pipes, whistles and accordion), steeped in the Scottish west coast ceilidh tradition on the Isle of Tiree, and add in friends Fraser West (drums) and Alec Dalglish (guitar and vocals), with a background in brass bands, wind bands, jazz bands, and with blues, folk and country influences, and you have the 2005, embryonic Skerryvore.

Fast forward 10 years, add Craig Espie (fiddle) and Jodie Bremaneson (bass), bring in your album producer Alan Scobie on Keyboards and mix in the Glasgow music scene – from University Applied Music courses and Traditional Music courses at the Royal Conservatoire to sell out gigs at O2 ABC – and you have a band that has already won Scottish Traditional music’s ‘Live Act of the Year’ in 2011 – they were to win it again in 2016 – and who, rightly, celebrated their decade by launching their own 6000 capacity festival.

By the time the 2019 version of that festival – now christened ‘Oban Live‘ – comes around, that evolutionary development will have added BBC young traditional musician of the year finalist Scott Wood (pipes and whistles), produced ‘EVO,’ their latest album, and the curtain will have fallen on their EVO world tour which took their high energy, musically expansive set not just throughout UK and Europe, but also to USA, Canada and Australia.

Skerryvore represent the best in contemporary Scottish folk-pop music, with a growing fanbase worldwide and with the promise of much more to come. 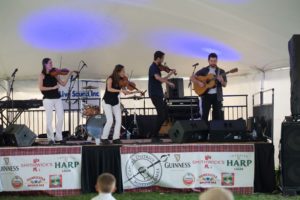 •The Fitzgeralds ~ a sibling group consisting of 3-time Canadian Grandmaster Fiddle and Step Dance champions – Tom, Kerry & Julie Fitzgerald.  With roots in Canada’s renowned Ottawa Valley, The Fitzgeralds have evolved to include a wide variety of material in their performances, including Celtic fiddle pieces, high-energy step dancing, and a strong focus on original compositions and arrangements. Their extensive tour history includes performances with notable artists; Natalie McMaster, Ireland’s Nathan Carter, Tony McManus, and The StepCrew. In 2017, The Fitzgeralds went “viral” on Facebook via Ireland’s leading newspaper (Independent.ie), with over 7 MILLION views of their original choreographed dance routine!  We are pleased to welcome them back for the 2020 CDSG!! 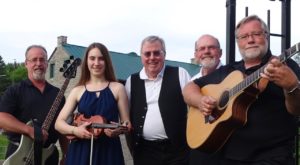 •The Brigadoons have been entertaining across Canada and the United States for over 25 years along with their tours with the McCulloch Dancers, performing at Disney World and Caribbean Cruises with Scotland Goes to Sea. People in the area have grown up with their music and their children are now doing the same.
Denis now leads the group and is the longest-serving member of the band.  Reg Portieous and Dan Leroux keep the sound going with fiddler Ashley MacLeod and former longtime Brigadoon, Pat Kelly added to the mix.  The Brigadoons still play that traditional music that has make them so popular over the years.  While new songs are always being added to their repertoire, they still perform all of the old favorites, “Glengarry My Home”, “St. Raphaels” and “The Martintown Song” at the request of their loyal fans. 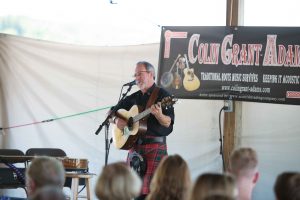 •As a solo artist, Colin touches every emotion with his enthusiastic, high-energy, professional and artistic performance, tailored to fit any occasion, Scottish, Irish, Folk, Schools or Workshops. His captivating repertoire of Traditional Celtic-American, bluegrass and nationally acclaimed original material, delivered with his powerful tenor voice, and fiery quick guitar together with irrepressible good humor and stories. This mixed with sing-along songs and even some unbelievable yodeling appealing to audiences of all ages. 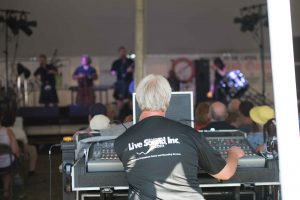 All stage sound and lighting by Live Sound Inc.