Over 70 years of rich heritage.

[one_three] [heading size=”5″ style=”stripes”] Entertainment [/heading]Brigadoon is a mythical place in the Highlands of Scotland. Magical things happen there, and love is all around you. The Brigadoons know of that magic, and they bring it to us in the form of their music every year at the Capital District Scottish Games. And we love it! Be sure to visit the Beer Tent at the Games to hear all the exciting entertainment all day long, including Rathkeltair, Train of Fools (Kevin McKrell) and The Brigadoons….or go to the Pole Barn for some great ballads and acoustic performances by Colin Grant Adams and Who’s Your Paddy. It’s all about Celtic music at the Games entertainment venues. [/one_three] [two_three] [youtube width=”640″ height=”385″]vMV-_CHioW0[/youtube] [/two_three]
[break] [separator]
[one_three] [heading size=”5″ style=”stripes”] Highland Hills [/heading]


This line from the Canterbury Tales (AD 1380) is among the first written reference to bagpipes being played in the British Isles. Rather than bringing you out of town, the pipes will welcome you to the highland hills of Altamont for the Scottish Games, and you’ll think you’ve been transported to Scotland! More than 40 pipe bands are expected, so you’ll see about 500 pipers in the massed bands performance at the end of the day on Saturday. This is the largest Pipe Band Competition on the Scottish Games circuit, and features the Northeastern United States Championship. [/one_three] [two_three] [youtube width=”640″ height=”385″]-3rGoru5ius[/youtube] [/two_three]
[break] [separator]
[one_three] [heading size=”5″ style=”stripes”] Highland Athletics [/heading]Felling trees in the Scottish Highlands was hefty work for brawny highland clansmen. Dressed in their kilts and ghillies, they would hike into the boggy forest and begin the clearing. If there was a need to cross a stream, a log was thrown across. This tossing developed into a contest as to who among them could most accurately throw the log where it needed to be. We now know this contest as Caber Tossing, and it is an awesome display of strength and dexterity that takes place in the Highland Hills of Altamont. Athletes from the USA and Canada will gather to compete in the Caber Toss and six other “heavy events” on Labor Day weekend.[/one_three] [two_three] [youtube width=”640″ height=”385″]pPn72anK5j4[/youtube] [/two_three]
[break] [separator]
[one_three] [heading size=”5″ style=”stripes”] Highland Dance [/heading] The Highland Fling is one of the oldest of the traditional Highland Dances of Scotland. Returning from a victorious battle, male warriors would perform the dance in celebration of their success. It was performed on a small round shield, called a targe. Most targes had a sharp spike of steel projecting from the center, so the dancers learned to move with skill and dexterity to avoid injuring themselves.[/one_three] [two_three] [youtube width=”640″ height=”385″]6tnzSsZ_s2U[/youtube] [/two_three]
[break] [separator]
[one_three] [heading size=”5″ style=”stripes”] Fun For Everyone [/heading] So you’ve been wishing to go to the Highlands of Scotland someday? Well, get yourself in the mood at the Capital District Scottish Games. Bagpipes, Highland Dancing, Highland Athletics, Clans, Celtic Entertainers, Children’s Races, a 5K Kilted Race, Highland Cattle, Scottish Breeds Clydesdale Horses, Scots Military Museum, Mist Covered Mountains and Massed Bands featuring 500 pipers and 200 drummers… it’s all here at the Capital District Scottish Games. [/one_three] [two_three] [youtube width=”640″ height=”385″]Mwh-prq5JiY[/youtube] [/two_three]
[break] [separator]
[one_three] [heading size=”5″ style=”stripes”] Dog Show [/heading]Come to the Highland Hills of Altamont, and see the Scottish Deerhounds, believed by some to have existed back to a time before recorded history. Its antecedents may have been kept by the Scots and Picts, and archaeological evidence supports this in the form of Roman pottery from around 1st Century AD found in Argyll which depicts a deerhunt using large rough hounds. Other evidence can be found on standing stones from around the 7th century AD reflecting a hunt using hounds. [/one_three] 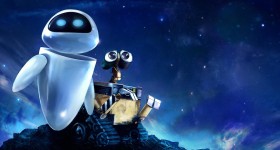 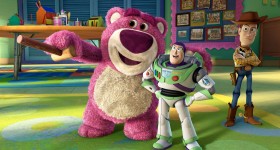